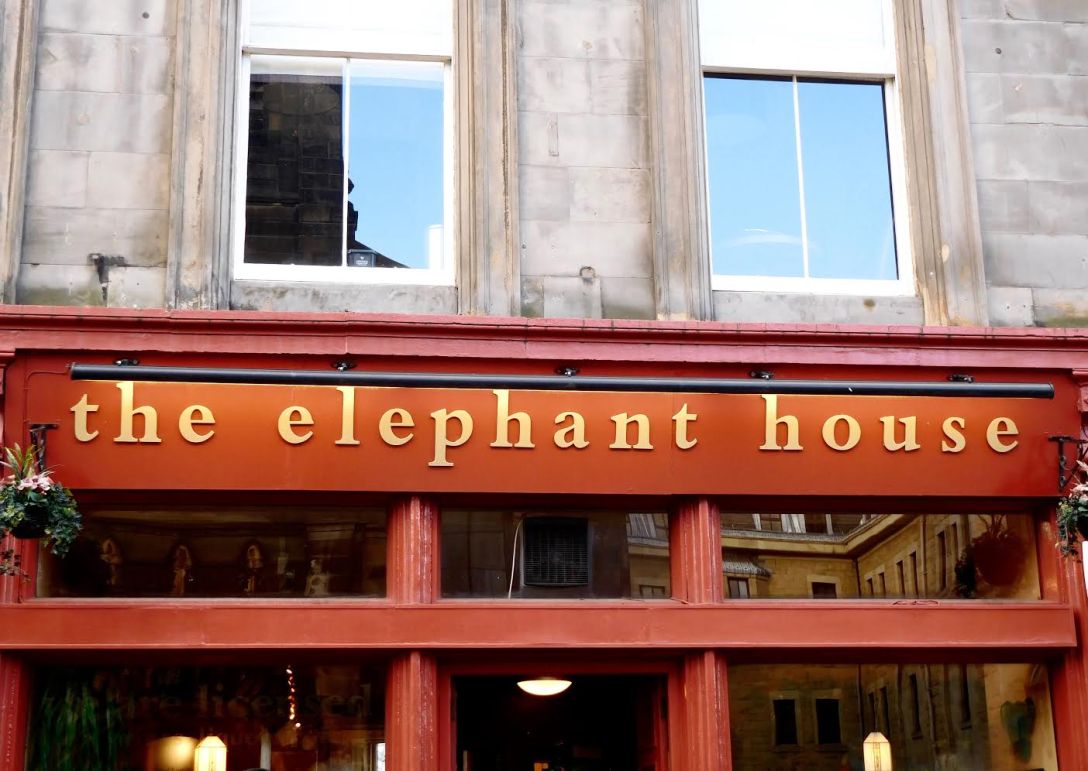 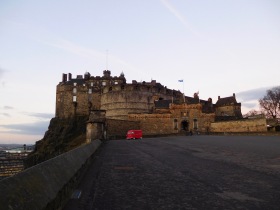 I prefer exploring in the early hours in the morning when the streets are near empty but for a few people venturing to work. So I rolled out of bed at 5 A.M. on my third day in the U.K. and tiptoed around the hostel dorm to get ready for the day. My hostel (High Street Hostel) offered free coffee and tea in the morning and I took full advantage of this. I sat and drank my cup of coffee then walked up the street to the castle to enjoy the sunrise. 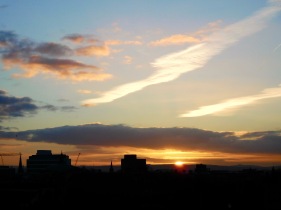 The sun was set to rise at 8:45 that morning and I made watching it a priority. Having lived my entire life on the West Coast of California, I’d never seen a sunrise without all views of the east being blocked by mountains. So I was determined to witness the sun rising from an east facing coast. The sky was overcast, the perfect conditions for a beautiful sunrise. They caught the golden light perfectly and became a soft shade of pink that gradually grew into a vibrant orange.

I spent most of the rest of the day at the Elephant House, which is a dream come true! Since I was a small child, I’ve dreamed of sitting in the very restaurant where J.K. Rowling wrote a large portion of Harry Potter and the Philosopher’s Stone. Not only was the restaurant every Potterhead’s heaven, it was also the perfect hang out destination! The atmosphere was lively and full of cheer. The restaurant was a cozy escape from the brisk weather outside. It just so happens that this was Queen Jo Rowling’s reason for spending so much time in the Elephant House during her years as a struggling single parent. From inside, I had a spectacular view of the castle that left no doubt as to why J.K. Rowling loved it there! There were several large communal tables in the back of the restaurant and a sign at the counter that read, “There’s no WiFi. Talk to each other like it’s 1995.” Because of this, these tables were full of strangers conversing rather than people on their phones. It was every traveler’s dream! I sat in the restaurant for a few hours writing, drinking coffee, and eating the most amazing gluten free brownie (also a HUGE plus!) Though I spent most of my day in the Elephant House, this definitely wasn’t the last time I’d be there.

6 thoughts on “Visiting The Elephant House”